The trouble with painting by numbers is that everyone paints the same way and your picture looks the same as everyone else’s. If this is you that puts you in a really risky position because it’s easy to find someone else who paints by numbers. You’re replaceable.

Equally, organisations who are full of people paint by numbers are in a really risky position. What happens when the picture changes? Maybe this time there are no numbers. You now have a situation where everything is different and no-one knows what to do.

When times are bad, organisations need artists. Artists are hard to find. Artists aren’t replaceable. The best organisations recognise this and create a culture where artists thrive because the know the world isn’t paint by numbers. 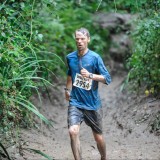